So, where can you find the largest totally free-roaming wildlife center in the United States?

It is in Folsom, Louisiana. The Global Wildlife Center has 4,000 animals, most from Africa, on 900 acres of land.

So, Jay, we couldn’t go to Africa, so Africa came to us.

The reticulated giraffe is native to the Horn of Africa, (the Rothschild giraffe is most commonly seen in zoos).

Père David’s deer is no ordinary deer. With two sets of  antlers (one set for summer, and the other for winter), atop a head shaped like a horse, the animal has a donkey’s tail, and hooves like a cow but with webbing between the toes for swimming. The 550 lb. animal, native to China’s Yangtze River basin, was already disappearing in the late 19th century when French missionary Père (Father) David first saw them. He thought they were a new species and managed to obtain 18 of the deer. Afterwards, because of severe weather conditions, and the boxer rebellion, there were no longer any of these deer left in China. Father David’s deer, now named for the priest, is now being re-established from those in Father David’s original possession, on reserves such as this, and are being re-introduced in China.

The Rheas are distantly related to the ostrich and emu and are native to South America.

I can see your eyes glazing over with my detailed description, so I’ll just say what other animals we saw: 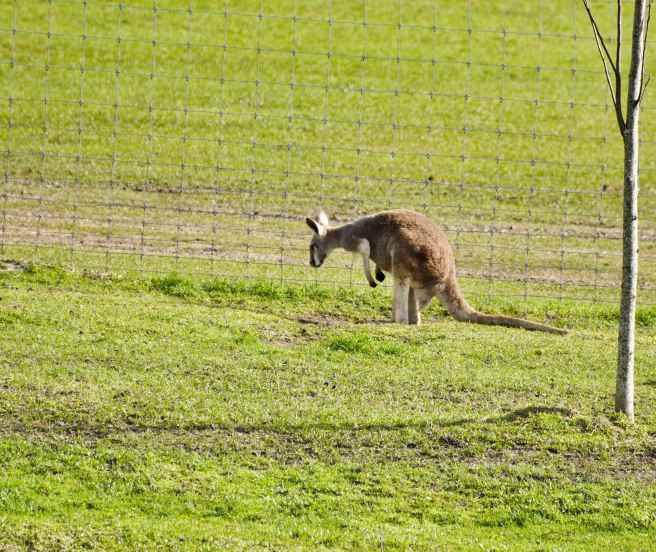 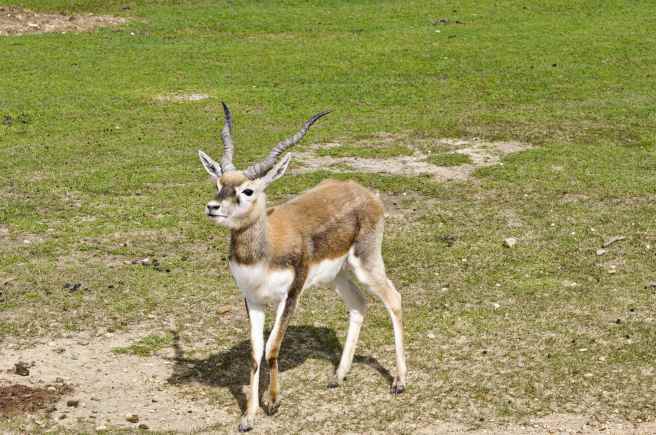 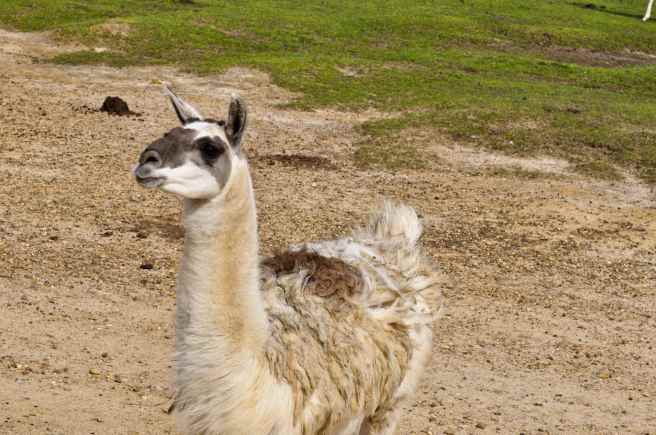 and pet them (if you are into that) 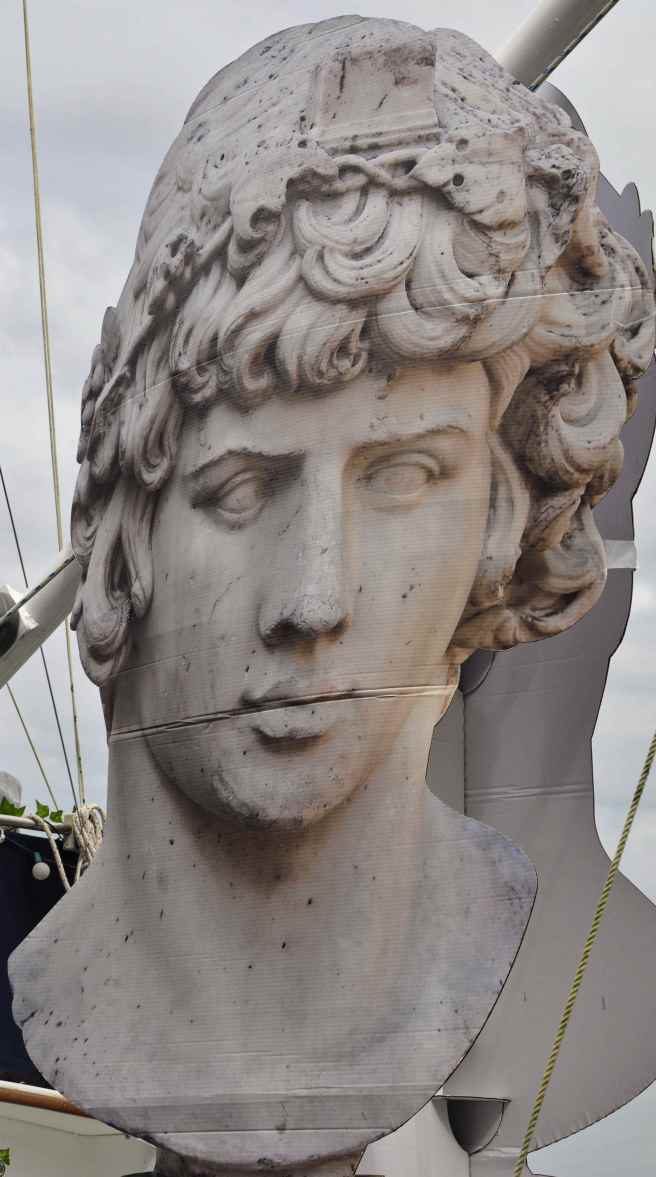 Not all Mardi Gras parades take place on land. Krewe of Hades had theirs on the Tchefuncte River.

The Tchefuncte River is about 70 miles long and drains into Lake Pontchartrain. The name Tchefuncte is derived from the word Hachofakti, which is the Choctaw word for the chinquapin leaf, from the dwarf chestnut, a spreading shrub. The Choctaw made an infusion of chinquapin leaves to relieve headaches and fevers.

We sat on the banks in Madisonville to view the parade. There were 14 boats in the Parade, ranging from big 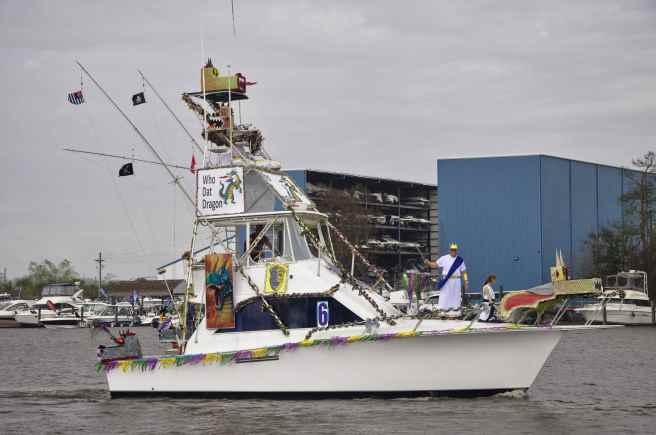 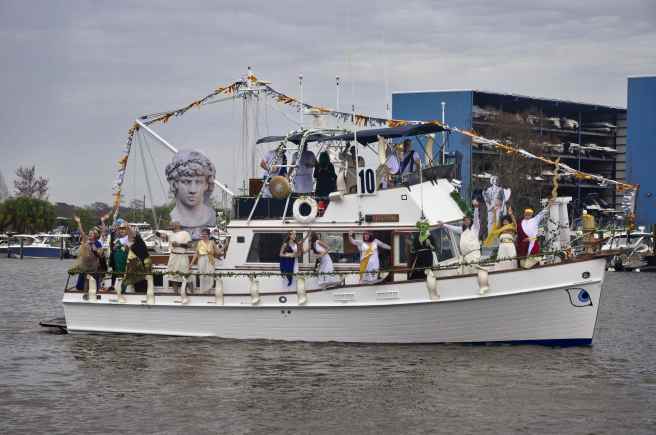 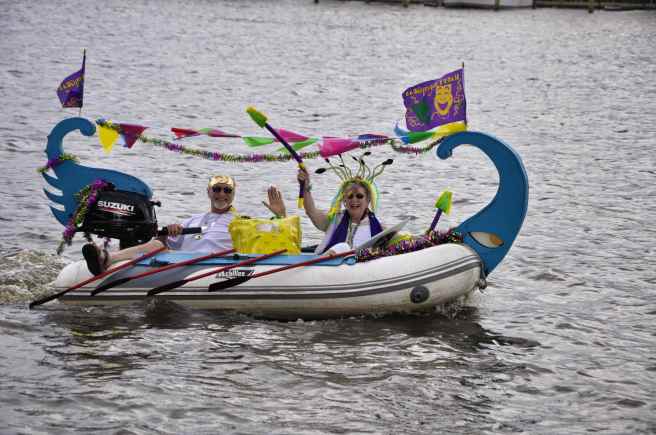 Madisonville, Louisiana, was originally called “Cokie” (from Coquille, the French word for “shell”, like an oyster shell) because of the abundance of shells in the area. However, about 1811, the town was re-named for President James Madison.

We watched the boats as they went down the river a way, turned around and docketed in front of us to throw out beads and trinkets.

It is that time of year where Mardi Gras celebration is the big thing in the New Orleans area. Over the next 10 days there will be over 50 parades.

This evening we attended the parade of the Krewe of Eve, in St. Tammany Parish. 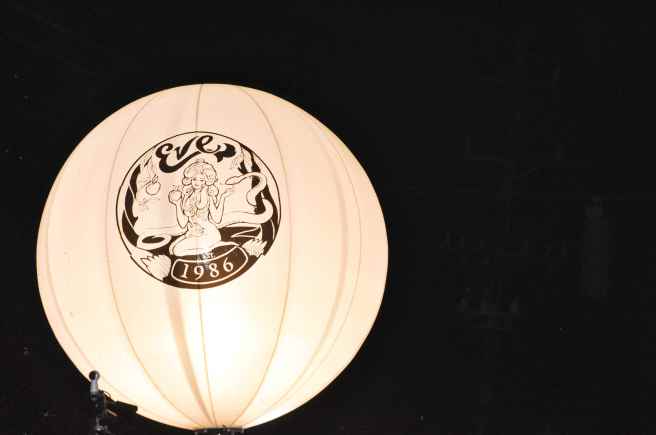 There were marching bands 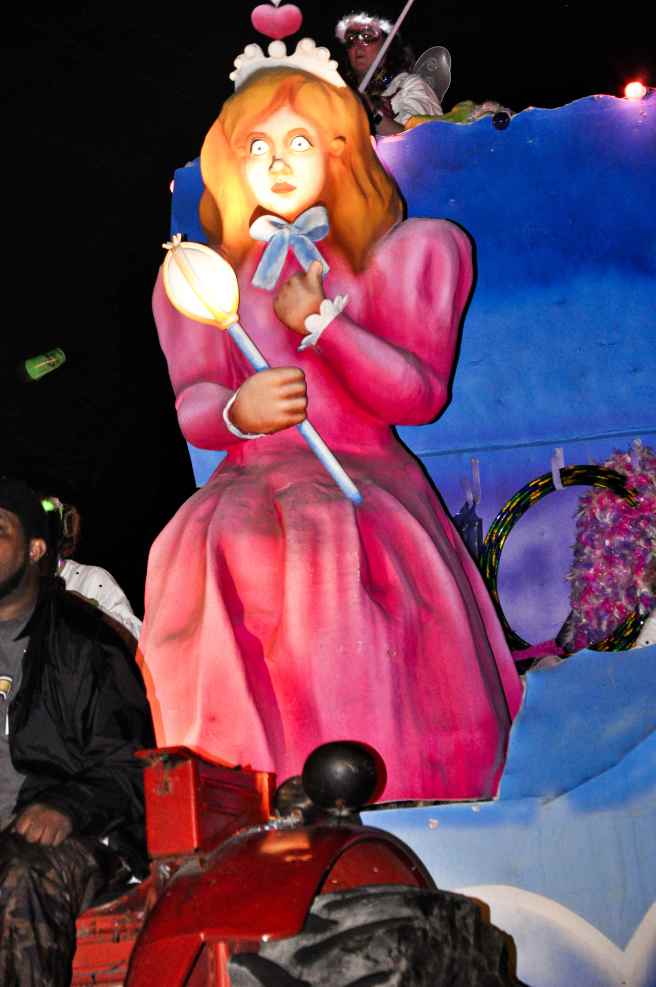 Some of the floats were so large,

I had to take two photos 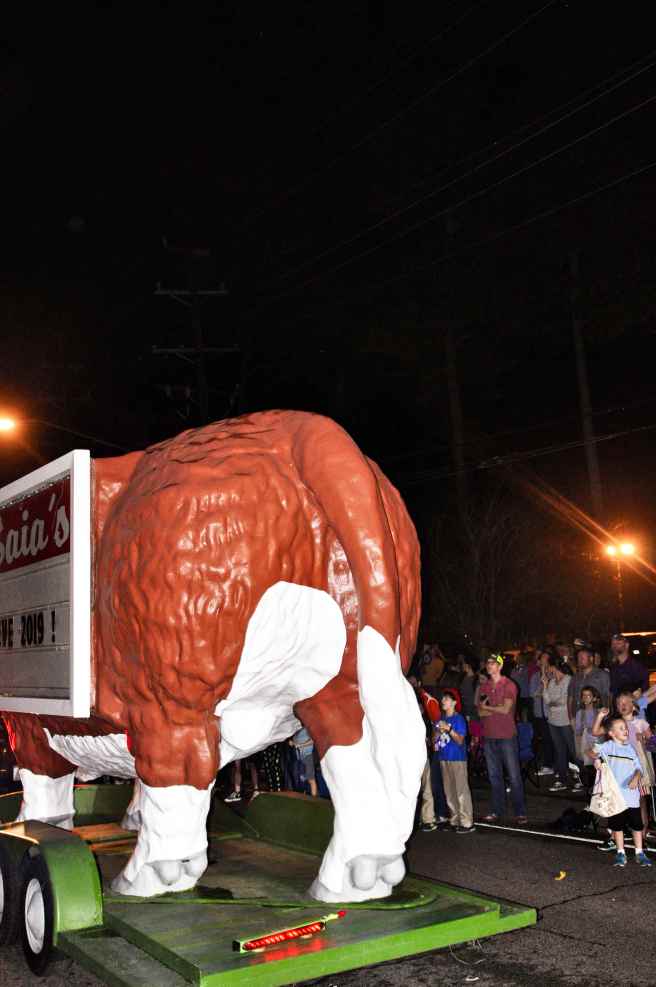 The kids were enthusiastic about collecting beads and trinkets

What did Barbara have to do to get all those beads? 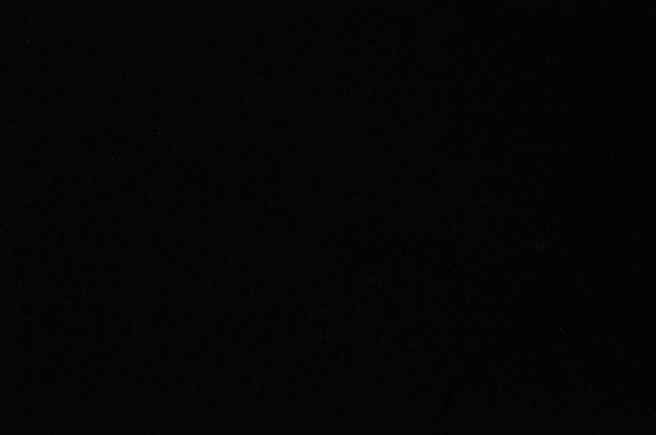 A good time was had by all

Mandeville is located on the North Shore of Lake Pontchartrain, across the lake from the city of New Orleans, on the South Shore (isn’t that clever?). Mandeville get’s its name from a village in Normandy, France. It means “big farm” (from Magna Villa) in medieval Norman French.

The town of Mandeville was laid out in 1834 by developer Bernard Xavier de Marigny de Mandeville, more often known as Bernard de Marigny. In 1840 Mandeville was incorporated as a town. It became a popular summer destination for well-to-do New Orleanians wishing to escape the city’s heat.

Bernard (Bernie to his friends), was born in New Orleans in 1785, the third generation of his family to be born in colonial Louisiana. A French-Creole American nobleman, playboy, planter, politician, duelist (he participated in 15 duels), writer, horse breeder, and land developer.

Tidbit of Information: One of the things Bernie brought back to New Orleans from his visit to England was the dice game Hazard, which became popular in a simplified form known in local dialect as “Crapaud”, what we now call Craps. Barnard eventually lost his fortune gambling and died impoverished in 1868.

We walked the pathway along the lake.

Once upon a time there was a beach between the breaker wall and the lake. Steps were built so you could go down to the beach. 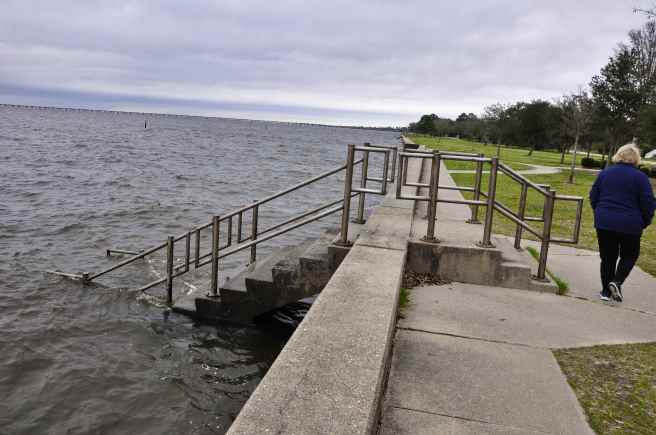 The lake has risen because of the building of levies.

Along this path were numerous live oaks, like this one from 1799: 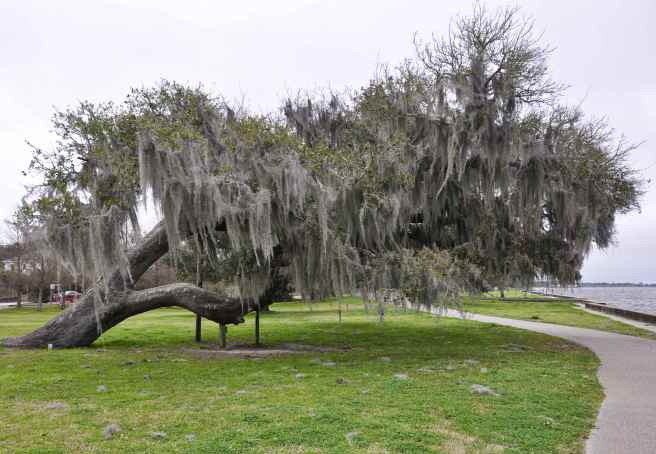 Because of storms and hurricanes, this tree did not weather well. You can see 3 posts that hold the branches up.  Now, this tree from 1709, faired much better:

There were many more live oaks along our path, but they were much younger,  around 1850. Just image, these trees were here during the Civil War.

Also along our path were fancy estates, like the Theodore Verret House, built in 1849.

John Preble was born 1948 in New Orleans Louisiana. Preble had received traditional training as a painter, and had gained recognition in the art world for his portraits of Créole Indians, but he chose to focus on work outside of the mainstream. 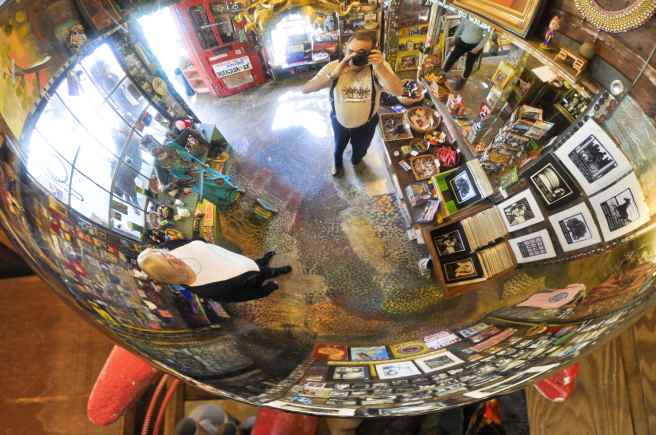 Being a collector of oddities for many years, he opened up this museum in 2000, after he received financial security as a painter. Barbara heard that one of his main attractions was a 36 ft. alligator. 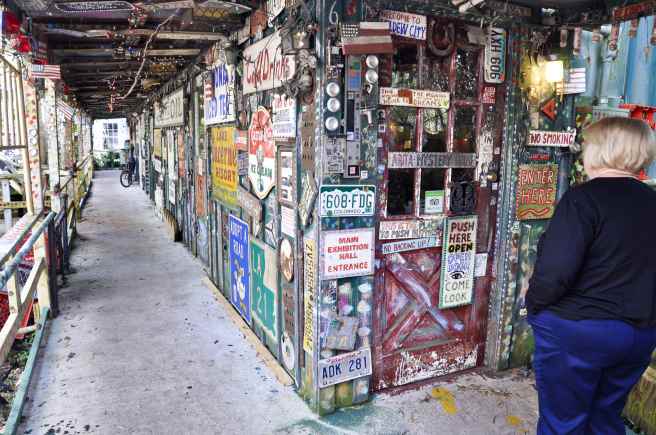 The UCM Museum, pronounced “you-see-em”, is a family-operated roadside attraction located in an old 1950’s car service station in Abita.  He is not afraid to ask the tuff questions: 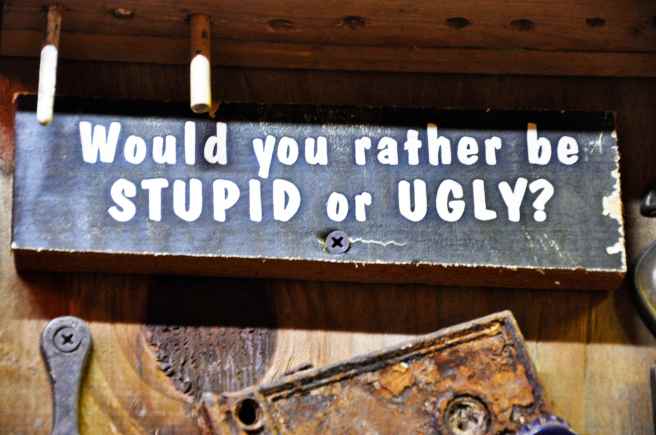 Originally called the UCM Museum till its name change in 2007 because the word “Museum” didn’t actually describe what he was exhibiting.

You are really old if you remember this:

We did come across that 36 ft. alligator:

Barbara wasn’t really sure if she wanted to be recognized with me:

Abita Springs, Louisiana, was originally a Choctaw Indian village, who settled this area because of the artesian spring, which they named “Ibetap”, meaning “fountain”. That Choctaw word was Anglicized to “Abita”.

In 1820, the first Louisiana pioneers settled here, seeking the medicinal powers of the springs. In 1853, Joseph St. Auge Bossiere purchased from the United States Government “all said described lands adjoining and situated in Abita Creek, in the Parish of St. Tammany, and being the same on which the Abita Springs are situated”. From there, this small town grew.

Tammany Trace is a 31 mile bike/walk path that stretches from Covington to Slidell. The Trace was once a part of the Illinois Central railroad and goes straight through the center of Abita Springs. We hiked a portion of this path.

Last night, actually 1:30 this morning, we answered a knock at our door. It was a white women, about 35 years old, who told us her husband locked her out of her RV. She had been outside for a couple of hours, and wanted to come in and have us call an ambulance, as she thought she had hyperthermia. The temperature was 45 degrees.

I called 911 and requested the ambulance. The police arrived about 20 minutes later, but their code to the front gate did not work. I gave them my code, and that did not work either. Fortunately, our campsite was a short walk from the front gate, and that is how they arrived. I used one of the those hi-powered flashlights you see on TV, that has a strobe setting, to signal where I was.

By this time, the husband was walking around the campground looking for his wife, and evidently spoke with the police. They took the young lady out of the Sphinx. I never did see an ambulance.

This brings up the age old question: should we carry a firearm? We had this conversation when we first set out on our adventure. We took a vote. It was a tie, so, naturally, I lost. 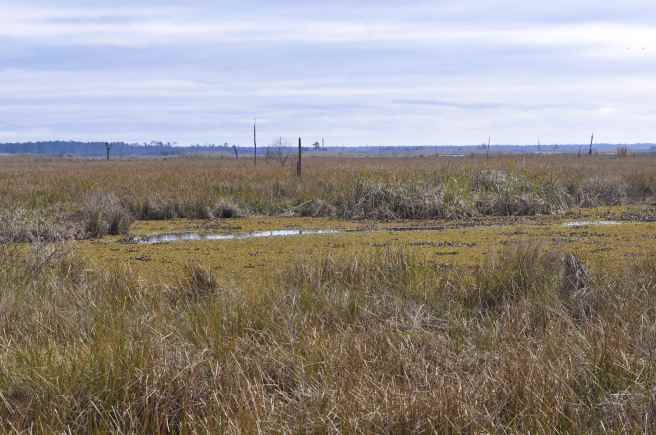 Went on a guided bird watch through Fontainebleau State Park, located on the north shore of Lake Pontchartrain, Louisiana. This land was originally owned by Jean-Bernard Xavier Philippe de Marigny de Mandeville, born in New Orleans in 1785.  He named his large holding Fontainebleau, after the forest near Paris, France. The state originally named the park Tchefuncte State Park and Conservation Reservation, after the Tchefuncte River. Who knows why they went back to the Fontainebleau name.

They had some 200 year old live Oak Trees: 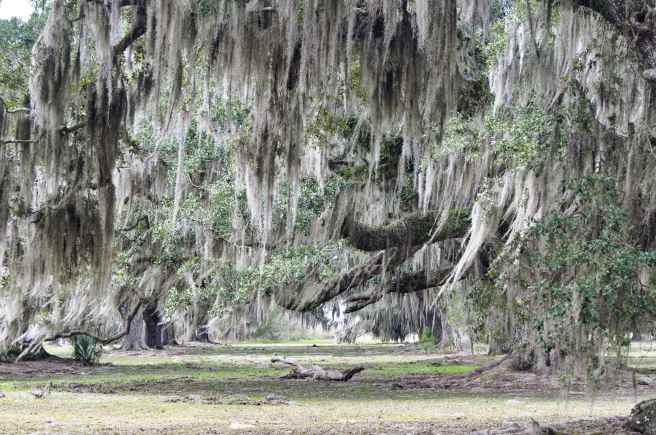 Most of the birds we saw were bland:

The most colorful bird was this moorhen:

I did see this yellow-head sapien looker. Usually in this marsh area, they are on boardwalks or dirt paths:

The pelicans were flying in formation: 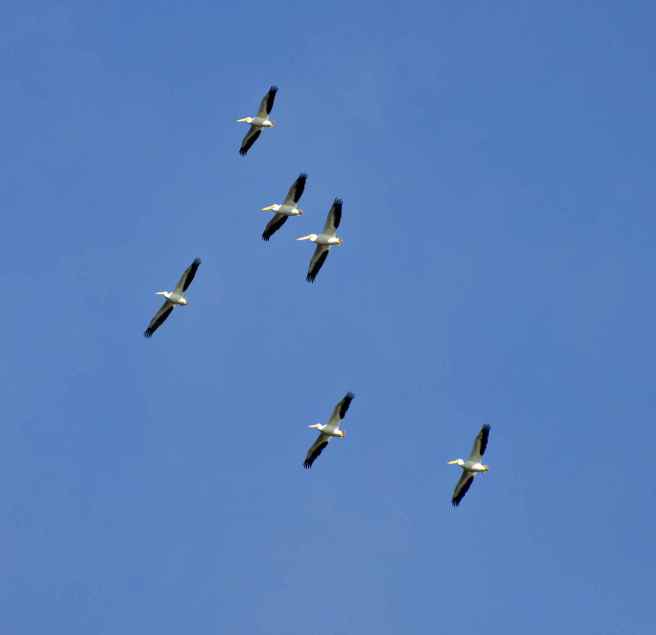 Patrick Dennis Bowlen, born February 18, 1944, is the majority owner of the Denver Broncos. The Bowlen Family, including his two brothers, John Bowlen and Bill Bowlen, and sister Marybeth Bowlen, purchased the team from Edgar Kaiser in 1984. 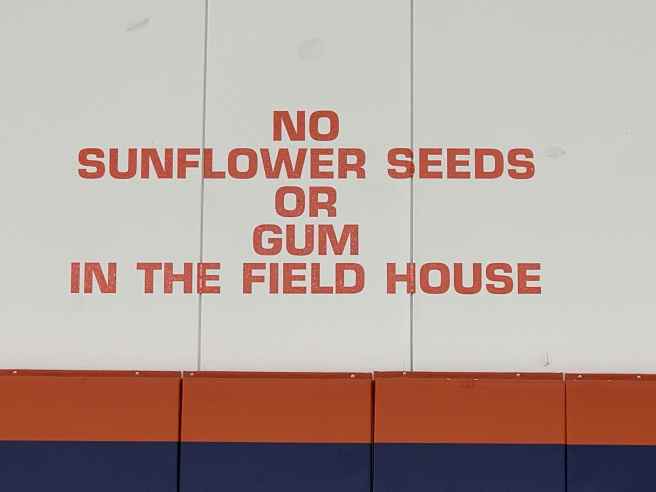 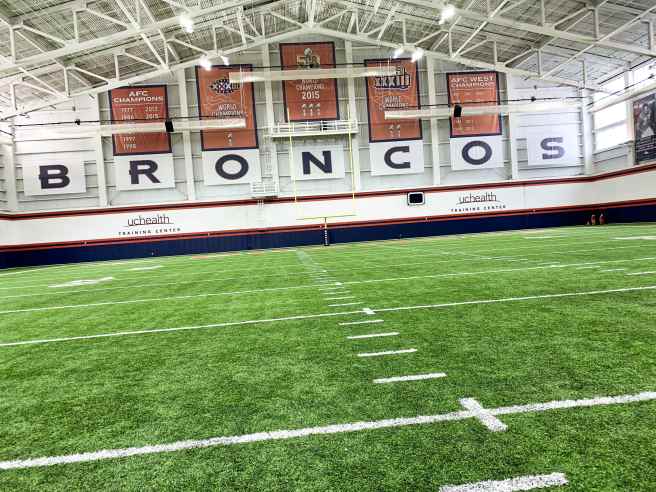 The Bronco’s training facility is situated on 13.5 acres in Centennial, Colorado, and also includes an administrative building and three outdoor full-size fields. The indoor field house was built in November, 2013. 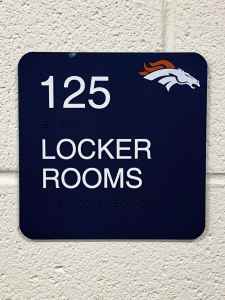 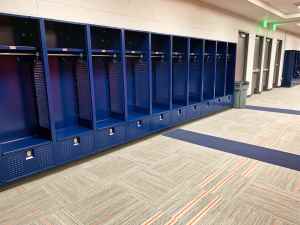 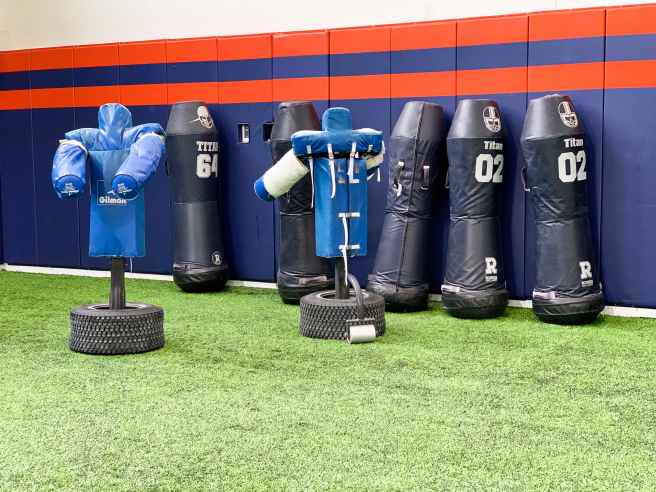 Aurora, Colorado, originated in 1890 as the town of Fletcher, taking its name from Denver businessman Donald George Fletcher, born September 29, 1849 in Ontario, Canada, who saw it as a real estate opportunity. He and his partners staked out four square miles on the plains east of Denver, around Colfax Avenue, but the town struggled mightily after the Silver Crash of 1893. At that point Fletcher skipped town, leaving the community with a huge water debt. Inhabitants decided to rename the town Aurora in 1907. 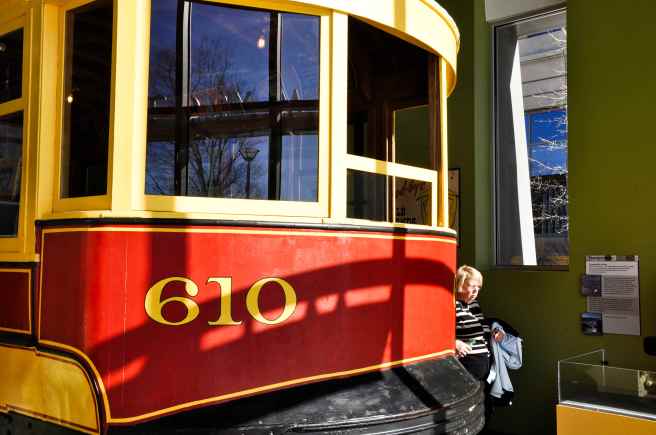 Colfax Avenue is the main street that runs east–west through the Denver metropolitan area in Colorado. The street was named for politician Schuyler Colfax, born March 23, 1823 in New York City, who co-founded the Republican Party on March 20, 1854. Colfax Avenue has been a transportation and business corridor for the Denver area since 1870. It became Aurora’s Main Street, and continues to be an important thread in the city’s commercial life.

If you know what this is, you are really old:

Who knows where we will end up next.